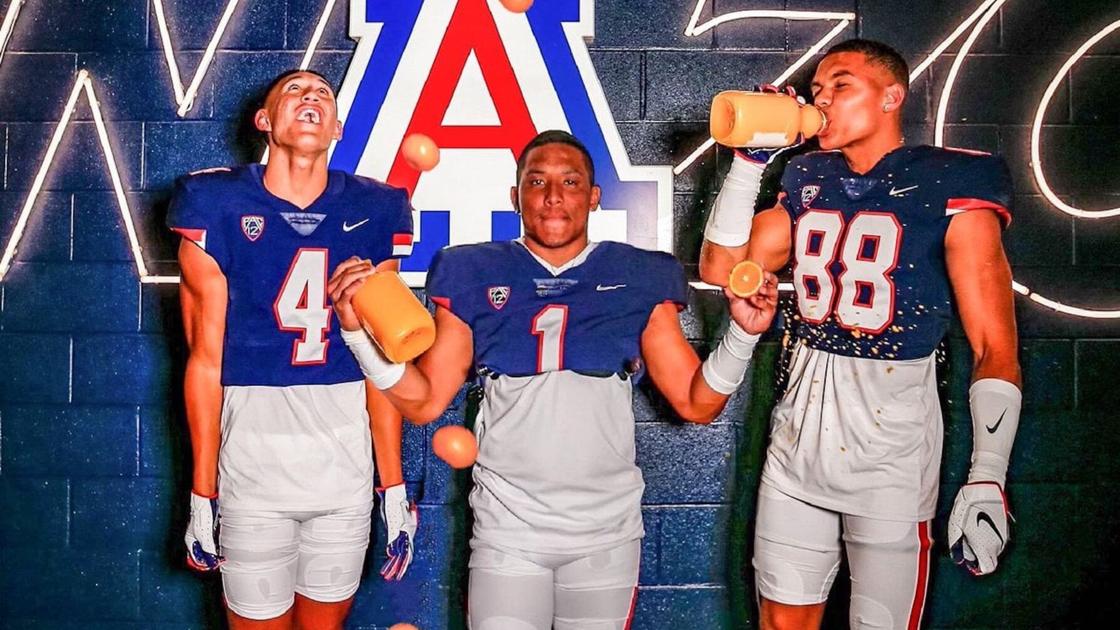 Quarterback Noah Fifita of Anaheim Servite is a quarterback in Arizona’s 2022 recruiting class.

What was that one moment during your visit that sealed your commitment to the program?

A: “The first day. So, we got in Thursday night and then Friday morning was when we met all the coaches. So, we drive to Old Main and all the coaches were on the grass jumping around, playing music, dancing — right when I saw that family atmosphere, the energy of the coaches, that’s when I knew I was in the right spot.”

As the quarterback, do you take pride in recruiting peers and teammates to Arizona?

A: “Definitely, that’s my next goal. I’m working on ‘T-Mac’ and Keyan. Obviously, they’re big-time recruits that go to the same high school as me, and I’ve been playing with them since the eighth grade, so those are two must-haves that we gotta go get right now. I’m going to work on that throughout this time, but we also got AJ Jones from (Ontario) Colony to (decommit). He was recently committed to UCLA, and after the trip (to the UA), he decommitted. I’m going to be in his ear to commit to us. … (McMillan and Burnett) are probably the best at their positions not just in California, but in the nation. They’re great guys to be around.”

A: “What people don’t see is how smart they are. There’s a lot of game examples I can go into that shows their IQ. They’re the smartest in the classroom at all times and they know what they’re doing on every single play. But it’s their ability to make adjustments on the fly. We play in the biggest, most competitive league in the country, and their ability to make split-second decisions, adjusting their routes and sitting on windows, that’s what separates them.”

Maj Williams Arizona athletics By Frank O. Sotomayor Special to the Arizona Daily Star A subscription helps you access more of the local stories that keep you connected to the community.’ }, /* { ‘title’: ‘Subscribe’, ‘msg’: ‘Help us continue the important work of covering the COVID-19 outbreak in Southern Arizona by subscribing to the […]