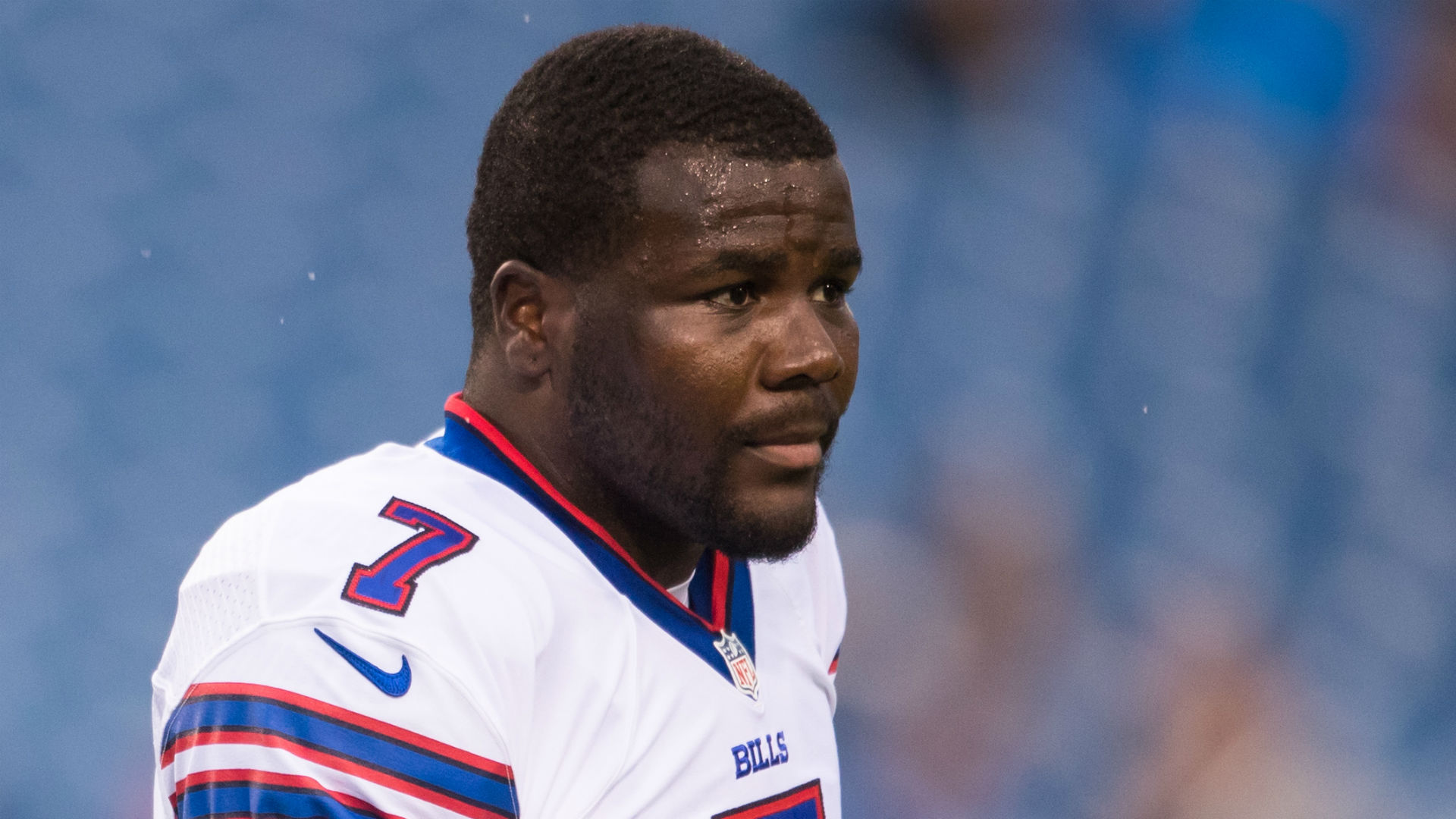 Whether he’s on a football field or just playing armchair quarterback from his keyboard, Cardale Jones knows he will always have an audience.

The Ohio State product has 1.6 million followers on Twitter and 269,000 followers on Instagram. These days, his nostalgia-inspired Buckeyes posts give his accounts massive engagement. He also appears on a podcast with former running back Beanie Wells.

Jones has reveled in Ohio State’s run to thus year’s College Football Playoff championship game, taking an online victory lap as the program continued its undefeated season with a semifinal win over Clemson. His jabs at the opponents of his favorite team are particularly amusing. Alabama, the Buckeyes’ opponent on Monday, is currently in his sights.

It’s uncertain whether the 28-year-old will ever return to a pro football field. The NFL door is likely shut at this point, but if the XFL makes a comeback, he could ride with it. And if he keeps chugging along with his supportive internet audience, perhaps a place on TV could follow.

Below is an update on what Jones has been up to and a refresher on what made him a fan favorite in the first place.

What happened to Cardale Jones?

Jones is currently a football free agent spending much of his time this month like many other people: Watching sports and making jokes.

The Bills selected Jones in the fourth round of the 2016 NFL Draft but only used him in one game that wound up being his only NFL appearance. He was 6 of 11 passing for 96 yards and an interception in that contest.

After the 2016 campaign, Buffalo shipped Jones to the Chargers in exchange for a seventh-round draft pick. Jones stuck around the Los Angeles organization through 2018 without appearing in a regular season game. He then spent time with the Seahawks’ practice squad in 2019.

Jones holds a singular NFL regular season memory: Entering as a Week 17 sub for E.J. Manuel in 2016. He failed to record a touchdown in his lone appearance for the Bills, and he was never given the chance to play elsewhere.

Jones last spent time in an NFL camp when he reportedly worked out for the Raiders this year. Las Vegas didn’t sign him.

Jones was one of the bigger names in the 2020 XFL season, which marked a one-and-done year for the league because of financial problems. Jones played in five games for the D.C. Defenders, throwing four touchdown passes and seven interceptions. His year ended with six picks and no scores across his final three appearances. He was benched in the last contest.

There’s still a chance the XFL respawns, though ongoing legal drama has kept a cloud over such plans. If it does, Jones would be a candidate for a contract.

Jones will be forever remembered for leading Ohio State to a 2014 national championship as a late-season injury replacement for J.T. Barrett. He joined the lineup as a complete unknown, taking over in the Big Ten championship game before guiding the Buckeyes to a Sugar Bowl victory in the national semifinal against Alabama and title game win over Oregon.

In his three starts, Jones went 46-for-75 passing with five touchdown passes and two interceptions. He also ran for a score in the national championship game.

His infectious personality endeared him further to Ohio State fans and has made him a go-to source for opinions among Buckeyes alums.

The most famous Cardale Jones online moment is his “play school” tweet, sent in 2012 when he was still buried on the Buckeyes depth chart. It resulted in a one-game suspension.

Jones went on to graduate and regret the post, though it helped him gain legendary status among college football fans.

Jones has produced plenty of other gems, including several recent ones. Below are some of his best.

Trash talking a kid at a local hospital after winning in the “NCAA Football” video game:

Contemplating the ways the NCAA works against athletes:

I’m so happy to be done with the @NCAA and their rules & regulation. They do any & everything to exploited collegiate athletes.

It’s deeper than athletes thinking we should get paid. The @NCAA control our lives with insane and unfair rules.

Little Swinney shouldn’t been talking all that shit and making Tic Toc videos like a teenage girl and should of studied them 6 games harder.

Two months ago, the XFL asked fans via their Football Advisory Network what they would like in a phone app. With kickoff starting this week, it looks like the XFL will deliver an app for fans after all. A search on the Apple store reveals an official XFL app to download. The app is from […]