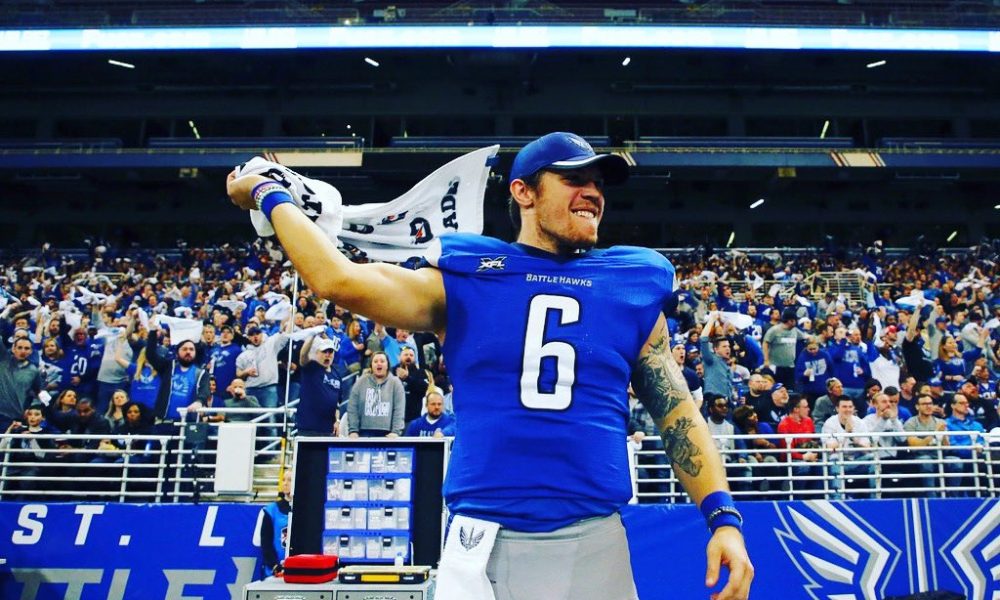 Taylor Heinicke, former St. Louis BattleHawks quarterback, is now expected to start multiple games for the NFL’s Washington Football Team. During the season opener against the Los Angeles Chargers on Sunday, Ryan Fitzpatrick was ruled out early due to an injury. Heinicke, the backup, went on to play the remainder of the game, completing 11 […]

XFL fans have received good news in the purchase of the league by Dany Garcia, Dwayne “The Rock” Johnson and RedBird Capital. We are not yet sure when and how the XFL will hit the field for their next game. This is exactly what we will talk about in this podcast. First, host Mark Nelson […]

There is a sort of draft fever going around this week at the same time so many XFL fans are still grasping at what “alignment” with the CFL will entail. So on this week’s edition of the original official XFL podcast, we’re combining the speculation with the outright draft hysteria for the first ever XFL/CFL […]