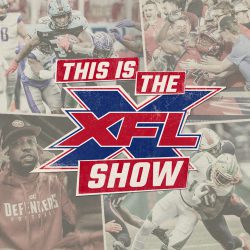 While the XFL exists in name only, the new ownership group of Dany Garcia, Dwayne “The Rock” Johnson and RedBird Capital have decided to pause their plan to kickoff in Spring 2022. Instead, the league has entered into talks with the Canadian Football League with hopes of a merger, and creating a new International league. […]

Murray Ruled Out for Saturday, Cornelius Expected to Start

After missing practice on Tuesday and Wednesday with a foot injury, Vipers starting quarterback Aaron Murray has officially been ruled out for Saturday’s game against the Seattle Dragons, according to the league’s injury report page. The 29-year-old quarterback was injured during last Sunday’s 23-3 loss to the New York Guardians. Murray was wildly inconsistent during […]

A recap of the Houston Roughnecks vs. St. Louis BattleHawks Week 2 game which saw Houston improve to 2-0 with a 28-24 victory.