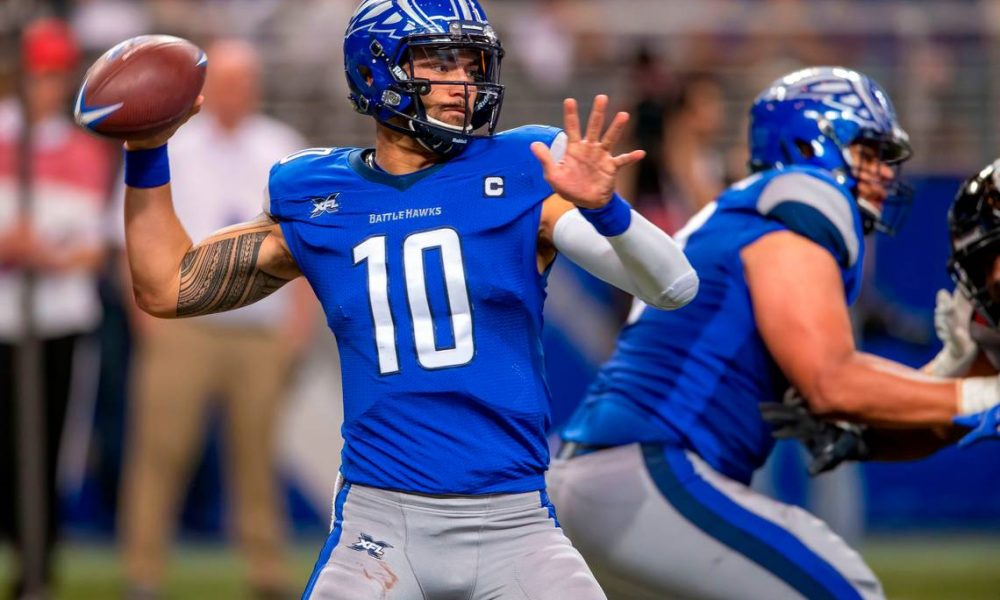 Jeremy Fowler of ESPN has reported via Twitter that the Detroit Lions are signing former BattleHawks QB Jordan Ta’amu. Ta’amu was most recently with the Chiefs and served as not only on the practice squad,, but also prepared the team to defend against QBs Deshaun Watson and Lamar Jackson. Jordan was also part of the […]

As XFL and CFL negotiations continue, the CFL released some sound clips of Commissioner Randy Ambrosie discussing why negotiations began and how they are going. All in all, there were no major developments announced, but the CFL’s commish did say some things that maybe give more insight into the direction both leagues are heading. For […]