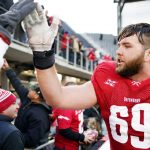 Boozer had recently signed with the Montreal Alouettes of the CFL, after a season for the Mega Bowl Champions, The Linemen of The Spring League.

Boozer went to the University of Temple, where he played TE and T, but after leaving school made the transition to OT full time.

Cole signed with the Tampa Bay Buccaneers after going undrafted in 2018. After his time was up with the Bucs, he was then drafted by the Defenders in Phase 5 of the XFL draft.

This is Boozer’s second stint in the NFL, and we hope it lasts longer than the first. His time spent in the XFL and The Spring League has not doubt continued his progress, and kept him ready to play.

The post Cole Boozer is Back in DC, Signs With Washington first appeared on XFL News Hub.

A recap of the Houston Roughnecks vs. St. Louis BattleHawks Week 2 game which saw Houston improve to 2-0 with a 28-24 victory.

This is a recap recorded live from Audi Field following the very first XFL game of the season as the DC Defenders beat the Seattle Dragons 31-19. Alan, Jake, and Vince give their thoughts on the game as well as insight into their experiences at the historic first game of the new XFL. Follow us […]

2021 NFL preseason, Week 1: What we learned from Sunday’s game

Week 1 of the preseason concluded Sunday with a game between the Panthers and Colts. Here's what we learned. Source