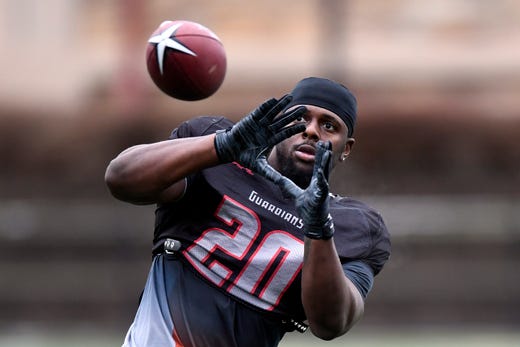 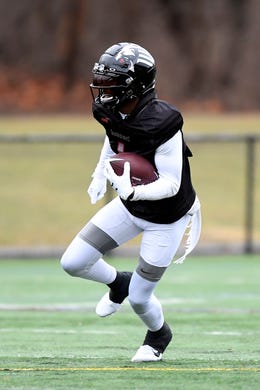 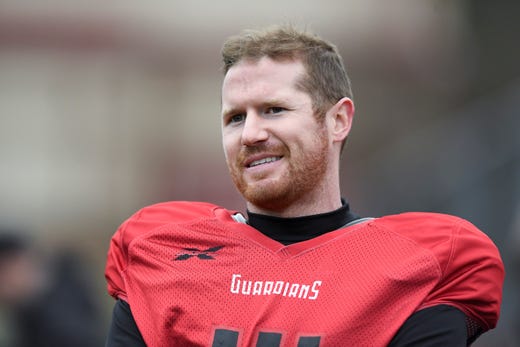 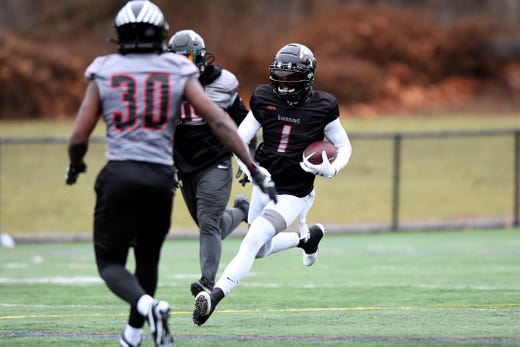 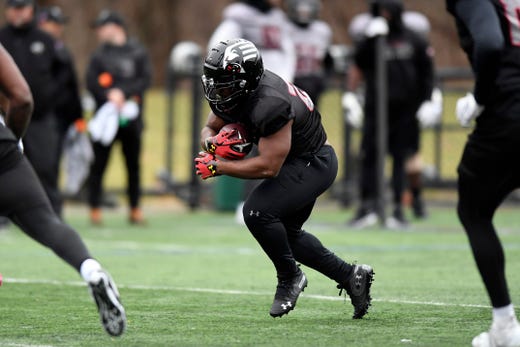 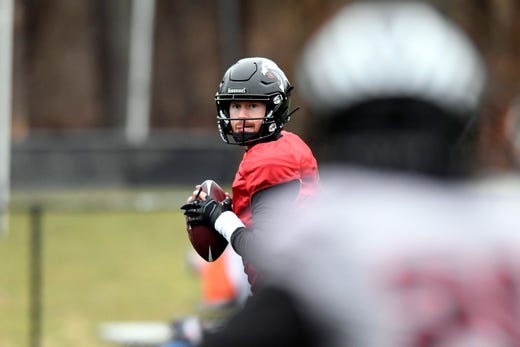 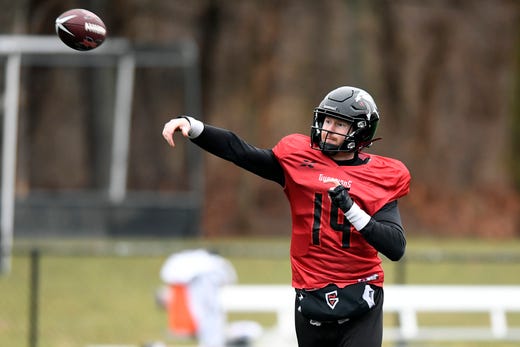 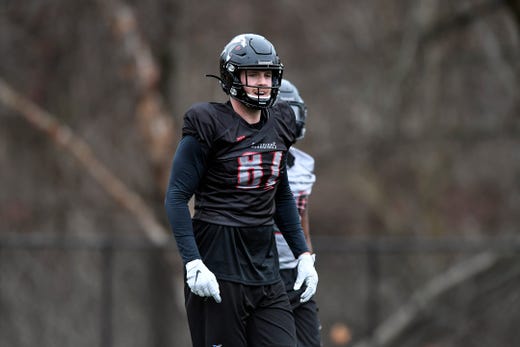 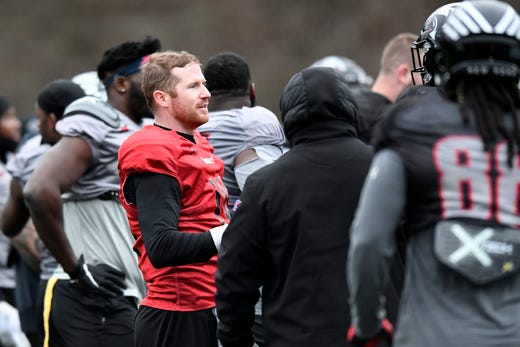 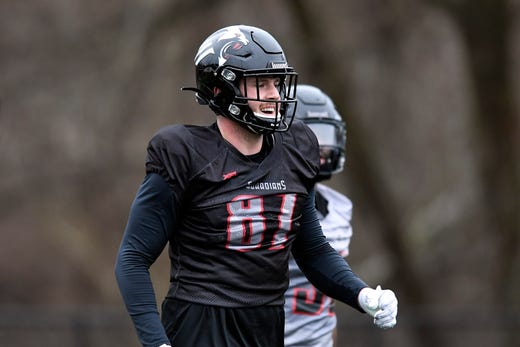 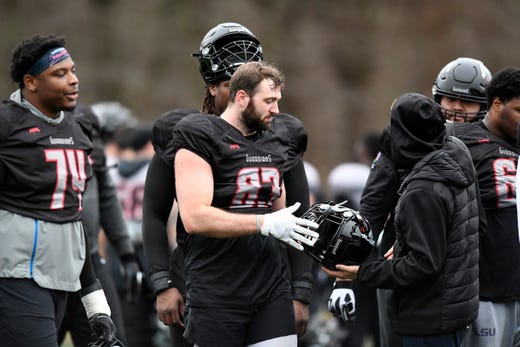 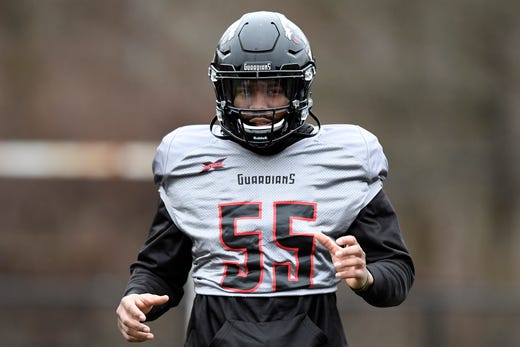 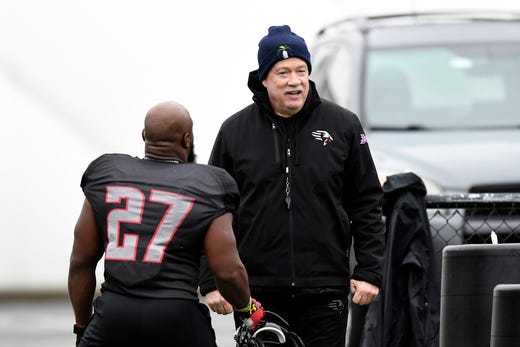 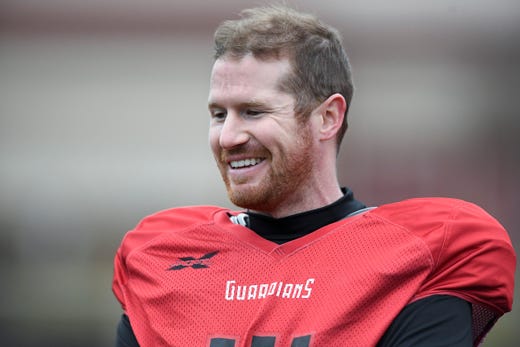 Kevin Gilbride has already reached the top of pro football’s tallest mountain — twice. He has a pair of Super Bowl rings as proof.

With that mind, consider why a 68-year-old retiree would forsake the gentle winds of Florida, and the company of his grandchildren, to become the new head coach and general manager of a new team in a new league?

The answer is simple. Gilbride is a football lifer.

That’s why he’ll be calling the plays and roaming the sidelines when the New York Guardians make their debut against the Tampa Bay Vipers on Sunday at MetLife Stadium in a new football league called the XFL. 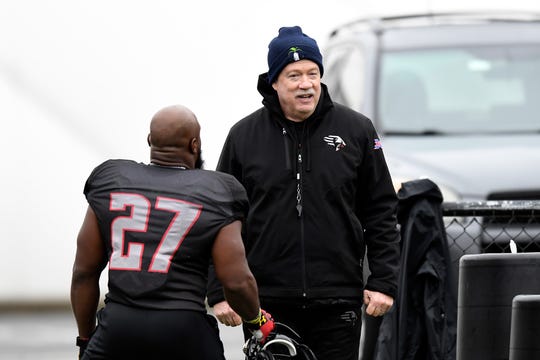 One week after Super Bowl LIV was played in Miami, the XFL will try to satisfy what league owner Vince McMahon of World Wrestling Entertainment (WWE) fame hopes is the fans’ endless hunger for football.

There are plenty of rules changes the league hopes fans will embrace. The points of emphasis are on speeding up the game. Less stall, more ball, according to Gilbride.

There will be a running game clock, meaning the clock will not stop in between plays. This will occur until the game reaches the final two minutes, then traditional clock rules will apply.

There will also be a 25-second clock to start the next play. Unlike the NFL, where teams get three timeouts per half, XFL teams will get just two. And halftime will be only 10 minutes long. 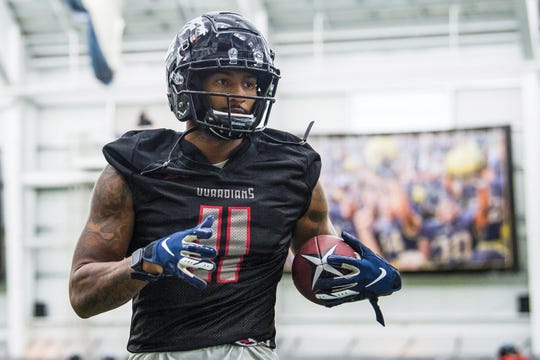 The XFL rosters will consist of 40 players on each team, compared to 53 in the NFL, and the XFL players reportedly have base salaries of $65,000.

Gilbride’s coaching career began in 1974, not long after his playing days as a quarterback/tight end at Southern Connecticut State. His résumé includes assistant coaching duties at five colleges and similar gigs with seven pro teams, including the Ottawa Rough Riders of the Canadian Football League, and the New York Giants, where he was the offensive coordinator for their last two Super Bowl wins.

Although he was the head coach of the San Diego Chargers for two seasons, he’s more recognizable as the Houston Oilers’ offensive coordinator who in 1993 was punched in the face on the sidelines by Buddy Ryan, Houston’s crusty defensive coordinator, in a nationally-televised game against the New York Jets.

Yet when Oliver Luck — the XFL commissioner and a former NFL quarterback who’s the father of retired Indianapolis Colts quarterback Andrew Luck — first asked Gilbride about the Guardians job, he said no.

After some soul searching, Gilbride changed his mind.

“I hadn’t been a head coach since the Chargers in the late ’90s,” Gilbride said when he was introduced as the Guardians’ coach in August. “So here comes this chance to be a head coach and general manager, and have a very strong imprint on the development of the franchise that I’m going to be a part of.

“I spent 10 great years being a coach in New York,” he added, “so I know how savvy and passionate fans can be. I’ve missed the sidelines.”

Now he has to mold a roster for the 10-game season that includes five home games. 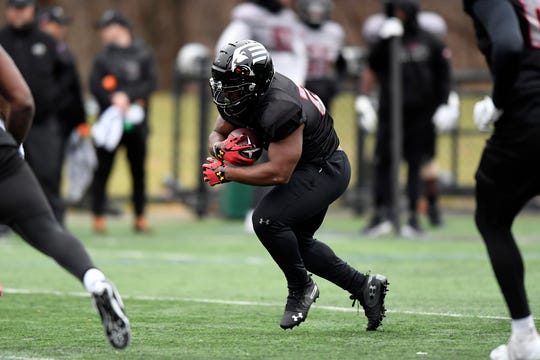 The XFL assigned quarterbacks to its eight franchises, with the Guardians being given former Penn State star Matt McGloin, who’s started seven NFL games. Wide receiver DeAngelo Yancey, who played in college at Purdue and later for the Green Bay Packers, was the Guardians’ top draft choice.

Players in the league who attended Bergen County high schools are former Rutgers linebacker Steve Beauharnais of Saddle Brook, who wasalso in the NFL and is now with the St. Louis BattleHawks; and former Paramus Catholic guard Juwann Bushell-Beatty, who played in college at Michigan and is  with St. Louis, too.

Others have tried to create new leagues, but failed. The Alliance of American Football folded with two weeks remaining in its initial season last spring, and the XFL’s first excursion in 2001 reportedly cost McMahon $70 million.

Yet McMahon is back again as the sole funding source of the league. In April, he sold 3.2 million shares of WWE stock, approximately $272 million, to build up the XFL’s coffers. 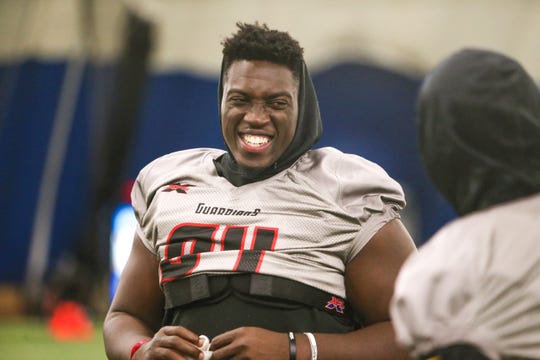 And it sounds like McMahon, who has TV contracts with ABC, ESPN and FOX, learned some lessons from the first XFL experience. He’s promising less flair and more substance.

That means no wrestlers will take over television broadcasts, and there won’t be scantily-clad cheerleaders. McMahon still hasn’t decided whether he’ll allow nicknames on the backs of uniforms, like the “He Hate Me” statement of the first go around.

The rule changes may make a difference, too.

Yes, the XFL is back, this time – they hope – for a long time to come.

Share your feedback to help improve our site experience!

The St. Louis Battlehawks (2-1) host the Seattle Dragons (1-2) Saturday of Week 4 in the XFL. Kickoff at The Dome at America’s Center is set for 5 p.m. ET (on FOX). Below, we break down the Dragons-Battlehawks Week 4 matchup, with XFL betting picks and tips.Dragons at Battlehawks: XFL Week 4 preview, betting trends and notesThe…

Sentries carved of stone. Watchdogs over the metropolis. A prehistoric predator. A beast evolves, turned loose in a new kind of jungle. All teeth and talons, eyes unblinking. They know fear, because they feed off it. They are your first line of defense, and there is no need for a second. The New York Guardians. […]

To the next team who has Russolino suit up for them, know you’ve got yourself one hell of a leg ready to score some points. Source