The XFL spring football league came one step closer to reality Wednesday with the unveiling of team names and branding for all eight franchises.

Before a small but enthusiastic gathering of team personnel, coaches and fans at a watch party in Victory Park, the franchise unveiled its name and logo with a league-produced hype video shown simultaneously in host cities, on select websites and social media.

“Deep in the heart of Texas beats a different kind of pulse. … A swagger that can’t be denied,” the narrator of the video declared. “Where big meets bold, meets badass. … the Dallas Renegades. Raising hell: February 2020.”

“I think it’s awesome. It’s creative,” Renegades head coach and general manager Bob Stoops said shortly after the reveal. “It fits Dallas and this area. So now it’s up to us and the team and the fans to make it work. It’s a good start.”

The re-envisioned XFL got its start in January 2018 with owner Vince McMahon’s announcement that he was bringing back the league that had been dormant after one ill-fated season in 2001. The Dallas franchise was announced in December 2018 and it was revealed home games will be played at a reconfigured Globe Life Park in Arlington. A 10-game season is scheduled to begin the weekend after the Super Bowl, Feb. 8-9.

But beyond the hiring of Stoops in February, there hadn’t been much buzz about the Dallas franchise until Wednesday. So with that, here are five things we learned about the Dallas Renegades:

Familiar logo: The Renegades’ logo has a familiar feel. Dallas area football fans may be reminded of the logo for the Dallas Desperados arena team. The logo features the silhouette of a Wild West outlaw from the neck up with a sky blue handkerchief obscuring the face. Bright red eyes peer out from underneath a sky blue and black cowboy hat. The primary team colors appear to be light blue and black, perhaps with red accents. Team president Grady Raskin, a former Stars executive, said the Renegades name is fitting for the region. 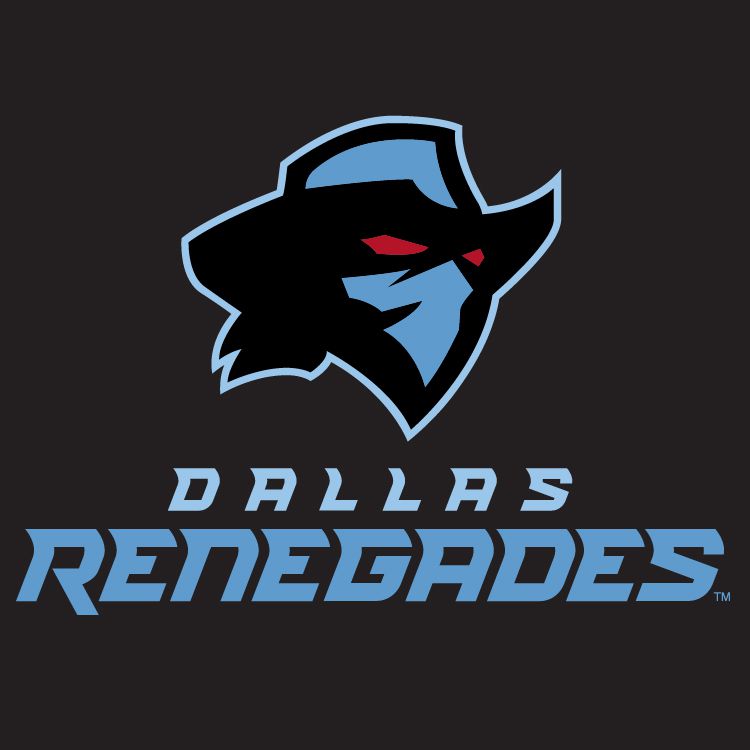 “It goes from the cowboy to the tattoo artist. I’m from Dallas, Texas, but I’m not like everyone who is. I think that’s really where it brings it all together. The Renegade is not the status quo, but certainly can fit in when they need to.”

Manziel a no-go: Johnny Manziel, the former Heisman Trophy winner from Texas A&M and Cleveland Browns quarterback, recently told the Houston Chronicle that he’d like to play for the Houston XFL franchise coached by June Jones. Don’t expect him to get an opportunity with the Renegades.

“I passed on him in San Antonio and I’d pass on him again here,” said Daryl Johnston, former Cowboys fullback and Renegades director of player personnel who had the opportunity to sign Manziel to the San Antonio franchise in the short-lived Alliance of American Football a few months ago.

“For me the chemistry in the locker room is critical, and especially the quarterback position. He kind of sets the tone, especially for the offensive side of the ball, but really for the whole team. There is so much added responsibility that goes with the face, goes with the voice of the franchise. And I haven’t seen that from Johnny on a consistent basis that I would feel comfortable committing to him.”

Stadium construction: Construction on Globe Life Park in Arlington should begin shortly after the Rangers’ season ends, after the Billy Joel concert Oct. 12. The ballpark will be retrofitted for football with some construction needed near both dugouts so the field can run in a north-south direction.

“The support of the City of Arlington and the Texas Rangers to do what they’re going to do is amazing,” Raskin said. “The biggest next task is trying to show the fan that may scratch their head and say, ‘I’m going to watch football in a baseball stadium?’ that this actually will be a football stadium and will be first-class.”

Talent pool: Johnston is encouraged by the potential player pool for the XFL. The league plans to hold a draft in mid-October. He said the XFL already is ahead of the game.

“I feel very confident that the player pool that we have coming into the NFL cut downs is superior to what we had last summer [with the Alliance],” Johnston said.

The league held several invitation-only tryouts this summer. Johnston said the organization of these showcases was far superior to the Alliance combines.

“The one thing I thought they did a great job with is the guys who didn’t get drafted, who went to minicamps or OTAs, but didn’t get signed at that point,” Johnston said. “We had a lot of those guys coming to our showcases.”

Both Johnston and Stoops said the bulk of the XFL’s players, however, will come from the final 20 or so players who get cut from each NFL roster later this month.

Former Steelers and OU quarterback Landry Jones participated in the Dallas showcase and is the first signal-caller to sign a league contract.

Rules changes: The XFL is experimenting with several rules changes that will speed up the game and, it hopes, lead to more big plays. Examples include multiple forward passes allowed behind the line of scrimmage, a 25-second play clock, no fair catches and an overtime that resembles a soccer shootout with each team getting opportunities to score.

Johnston said the double pass behind the line of scrimmage is the change fans should like the most.

“Changes in possession create explosive plays, whether they are end arounds or double reverses, those types of plays, the hook and ladder type plays,” Johnston said.

The league revealed the eight team names on Wednesday:

He is expected to miss about 4-6 weeks as the medical staff continues to evaluate his knee. Source

Week 3 of the XFL season finished with one of the most shocking results for the league to date — a 39-9 victory on Sunday by the previously winless Los Angeles Wildcats over the DC Defenders. DC quarterback Cardale Jones, who had looked like an MVP candidate through the first two weeks of the campaign, threw four interceptions…